An Amazing Fact About Pentecost that Few Christians Know

Typically, Shavuot and the Christian holiday of Pentecost occur on the same day. Yet there is one astonishing connection between the Jewish and Christian celebrations of this holiday that most followers of Jesus do not know... 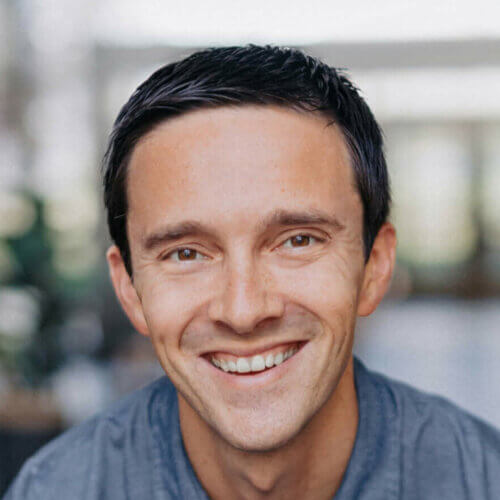 During Shavuot (Feast of Weeks), it is customary in Jewish culture to read the Book of Ruth and eat cheesecake or other dairy products. If you’re interested in the why behind this custom, read this.

Typically, Shavuot and the Christian holiday of Pentecost occur on the same day. Shavuot occurs 50 days after Passover, which is where Pentecost comes from (it means “fiftieth” in Greek).

This is the holiday that celebrates the giving of the Torah (Law) to the Jewish people at Mt. Sinai. Many Jewish people stay up all night studying the Torah on Shavuot. (Cheesecake and all-nighters seem to fit well together, don’t they?)

Yet, there is one astonishing connection between the Jewish and Christian celebrations of this holiday that most followers of Jesus do not know…

Almost every evangelical with a pulse knows that Pentecost celebrates the giving of the Holy Spirit in Acts 2:

On the day of Pentecost (Shavuot) all the believers were meeting together in one place. Suddenly, there was a sound from heaven like the roaring of a mighty windstorm, and it filled the house where they were sitting. Then, what looked like flames or tongues of fire appeared and settled on each of them. And everyone present was filled with the Holy Spirit and began speaking in other languages, as the Holy Spirit gave them this ability.

Here’s a few quick points about this well-known event:

As Peter was witnessing all that was happening, he saw an opportunity to declare the Messiahship of Jesus to the Jewish people gathered. It was this outpouring of the Holy Spirit (which Jesus had predicated just before he ascended to heaven) that confirmed that Jesus truly is the Messiah of Israel, and the Nations.

Finally, at the crescendo of Peter’s message, the crowd had been “pierced to the heart,” and asked what they should do in response. Peter told them to repent and be baptized. And so the crowd did just that. (verse 41)

As mentioned above, it’s almost certain this took place on the southern steps of the Temple. The final clue to this argument is the accessibility of a place to baptize 3,000 people. You see, there were ritual baths (mikvehs) all over this area. Many have been recently unearthed by archaeologists. It was customary to purify yourself just before you entered the Temple.

But, finally, what is the most interesting fact few Christians know about Pentecost?

“Those who believed what Peter said were baptized and added to the church that day—about 3,000 in all.” (Acts 2:41)

Remember, this holiday commemorates the giving of the Torah at Mt. Sinai. When Moses came down with the Law, the people had made a golden calf and began to worship it. God’s anger burned towards this idolatry, and he gave this instruction to Moses:

“Thus says the Lord God of Israel, ‘Put your sword on your side each of you, and go to and fro from gate to gate throughout the camp, and each of you kill his brother and his companion and his neighbor.’” And the sons of Levi did according to the word of Moses. And that day about three thousand men of the people fell.” (Exodus 32:27-28)

Wow! Three thousand died by rebelling against God when His instruction (Law) was given. But 3,000 people were born to new life when the Spirit was given, empowering them to obey God’s Law with their whole heart and mind.

This is the beauty of understanding the Jewish foundations of our faith. Nothing happens in the New Testament outside of context from the Old Testament promises. Everything “new” inaugurated through Jesus was simply a deeper embodiment (full-filment) of what had already been declared by God in Israel’s history.

God is faithful! God is true! Just as Peter recognized the “old” in the “new” during Acts 2, I pray that you will also see the Bible with fresh eyes today. May the Holy Spirit bring new life to any places in your heart, mind or soul that have become old, rote, or dead.

Article
The History of Hanukkah EXPLAINED
Article
The Fall Jewish Holidays for Dummies
Perspective Paper
A Christian Guide to Passover
Article
The Jewish Fall Holidays – Why Are They Important?
Video
The Biblical Holiday Few People Know