Gateway Church affirms that we worship the same God as the Jewish people and that we inherited from them our understanding of monotheism—the very foundation of our faith (Deut 6:4-5; Mark 12:26-31; Luke 1:68)—because faithful Jewish witnesses have transmitted this knowledge to the world since the time of Abraham.

We owe a deep debt of gratitude to the Jewish people in general and in particular to the thousands of first-century Jews who believed that Israel’s messianic expectations were being fulfilled in the person of Jesus of Nazareth, the son of David (Matt 1:1; Rom 1:3; 2 Tim 2:8). They recognized Jesus as both Messiah and Lord, becoming incarnate to extend the promise of Israel’s salvation and blessing to all the families of the earth. We also owe those Jews our gratitude for bearing witness of their understanding in a continuing chain of events that resulted in the turning of millions of Gentiles to faith in the God of Israel, a reality that continues to the present day.

We appreciate that the salvation which we cherish is “from the Jews” in the words of Jesus, a Second Temple Jew (John 4:22). We also acknowledge that our understanding of salvation as God’s plan of redemption and restoration of the universe comes to us from the Jewish people.

We are indebted to the Jewish people for our understanding that the God of Scripture expects his covenant people to be witnesses to him. We recognize that this call emerged from Abraham’s vision to be a blessing to “all peoples on earth” (Gen 12:1-3), and that it was expanded in the witness of Jesus’ Jewish followers in response to his commission: “Make disciples of all nations” (Matt 28:19).

We at Gateway Church uphold a vision for healing the schism between the Church and the Jewish people. We acknowledge the painful and tragic history between Christians and Jews, wherein the Church for nearly two millennia became complicit in verbal hostility and in continuing violence, discrimination, and harassment directed against God’s chosen people. Moreover, this persecution of the Jewish people was frequently church-sponsored and fueled by supersessionism—the view that the Church is the new Israel and replaces the Jewish people as the people of God. We renounce such attitudes, actions, and theologies, and resolve not to repeat or to condone them or to remain silent in the face of them now or in the future. We also grieve the many historical examples of persecution and death of faithful Jews who were victims of violence in the name of Jesus.

We recognize that the Jewish people remain in relationship with God through the eternal covenant that he made with Abraham and his descendants (Rom 9:4-5). We understand that God’s gifts and calling to Israel are irrevocable because of God’s faithfulness (Rom 3:1-4; 11:1, 28-29).

We believe that the Church is a body of Jews and Gentiles in Messiah who are called to live out a God-given relationship of interdependence and mutual blessing (Rom 11:11-25; 15:7-27). At Gateway Church, we celebrate this unity in diversity. Gentile believers do not need to become Jews or take on Jewish lifestyle to walk in the ways of the Lord (Acts 15). However, Jewish followers of Jesus are called to remain true to their identity as Jews (1 Cor 7:17-24; Acts 21:17-26). We encourage them to stay involved in the Jewish community and to be a blessing within it. If a Jewish person has not participated in the Jewish world, we invite them to explore this part of their identity.

As an Evangelical Christian church, we aim to model an honest friendship with the Jewish community, rooted in sincere and unconditional love, while not compromising our foundational belief that all people find hope and eternal life in Jesus (Yeshua), the Messiah of Israel and the nations.

We wholeheartedly affirm that Yeshua is and will forever be the son of David, the King of Israel, and the Savior of the world (Rev 22:16; John 4:42). As the Jewish Messiah, he came “first” to his own people and thousands of first-century Jews followed him (Mark 7:27; Acts 3:25-26; 21:20). Because of the enduring covenant relationship between God and Israel, we agree with the Apostle Paul that the gospel—the message of God’s powerful plan to rescue everyone who trusts in him—should be presented “to the Jew first” (Rom 1:16; 2:9-10; Acts 13:44-46; 14:1; 17:1-4, 10; 18:4-6; 19:8). Moreover, we at Gateway Church unashamedly share this life-giving story of Israel’s Messiah with Jewish people in love, respect and honor, and without compulsion.

While many in the Jewish world regard Messianic Judaism to be deceptive under the reasoning that a Jew cannot believe in Jesus and remain a Jew, a perspective that emerged out of the legacy of hatred between Christians and Jews over the past two thousand years with its consequent parting of the ways, we affirm the apostolic witness that Jews who follow the Messiah of Israel remain Jews (Acts 21:39; 22:3).

We support in word and deed the right of all Jewish people to exist as Jews with complete self-determination—free from any form of political, economic, social, or religious intimidation, coercion, or persecution.

We stand in solidarity with the international Jewish community against anti-Semitism, anti-Judaism, and any other threat that may be directed against the personal well-being of Jewish people or their individual and corporate existence. While many Jewish leaders regard Messianic Judaism to be such a threat, we believe that the commitment of Jewish followers of Jesus to remain faithful to their people and heritage, and to raise their children as Jews, contributes to Jewish continuity.

We support and will defend the right of the Jewish people to the sovereignty of the nation of Israel and to their historic homeland conveyed to them by God’s covenant with Abraham.

Finally, we do not pretend to speak for all followers of Jesus. We speak only for ourselves as participants in ongoing Christian-Jewish dialogue at Gateway Church.

Consistent with the principle established in the original Jerusalem Council of Acts Chapter 15 regarding respect for diversity in the Body of Christ concerning Jewish and Gentile identity, we do make the following affirmations: 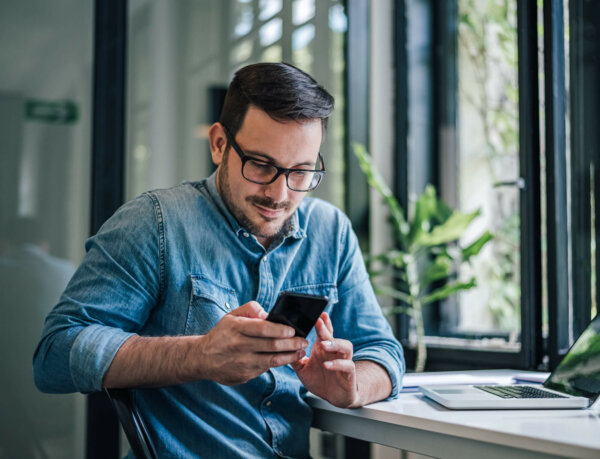 Get notified about new educational videos, upcoming events in Israel and the US, as well as new Church resources